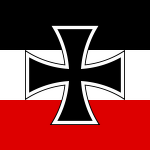 Hi, I’m Deutschland1871, co-writer of The Pokemon Academy series and writer of Our Fight, Before

the Academy, and Pokémon Academy Pokeproblems: For Better or Worse? Currently I am actively working only on Our Fight, Pokémon Academy Pokeproblems, and Pokémon Academy: DS. Currently I am working my way through High School, and will graduate in the next few years. I have been writing since I was a second grader (Though I only really start posting works I’ve liked since April). I started helping Hello 12 with the Pokémon Academy franchise in April 2018, and started posting my own works in May 2018. Before that I did write on Wattpad and had recently transferred to Fanfiction.net, however these works, with the exception of Revolution, have been terminated. I have no plans to continue Revolution, and the documents for it’s chapters have been deleted, as such I have no intent on continuing on restarting it, however many of the concepts planned for Revolution have been transferred to Our Fight.

Retrieved from "https://deutschland1871-stories.fandom.com/wiki/User:Deutschland1871?oldid=247"
Community content is available under CC-BY-SA unless otherwise noted.